They are among the world's largest freshwater fish, stretching as much as 9.8 ft. Its Brazilian Portuguese name, pirarucu, derives from the Tupi language words pira and urucum, meaning "red fish". The arapaima is torpedo-shaped with large blackish-green scales and red markings. It is streamlined and sleek, with its dorsal and anal fins set near its tail. They are often referred to as the "cod of the Amazon" and can be prepared in the same way as traditional salted cod. Fishing for arapaima is allowed only in certain remote areas of the Amazon basin, and must either be catch-and-release or subsistence harvesting by native peoples. The arapaima has a fundamental dependence on surface air to breathe. With catch-and-release after the fish is landed, it must be held for 5 minutes until it takes a breath or it will die. 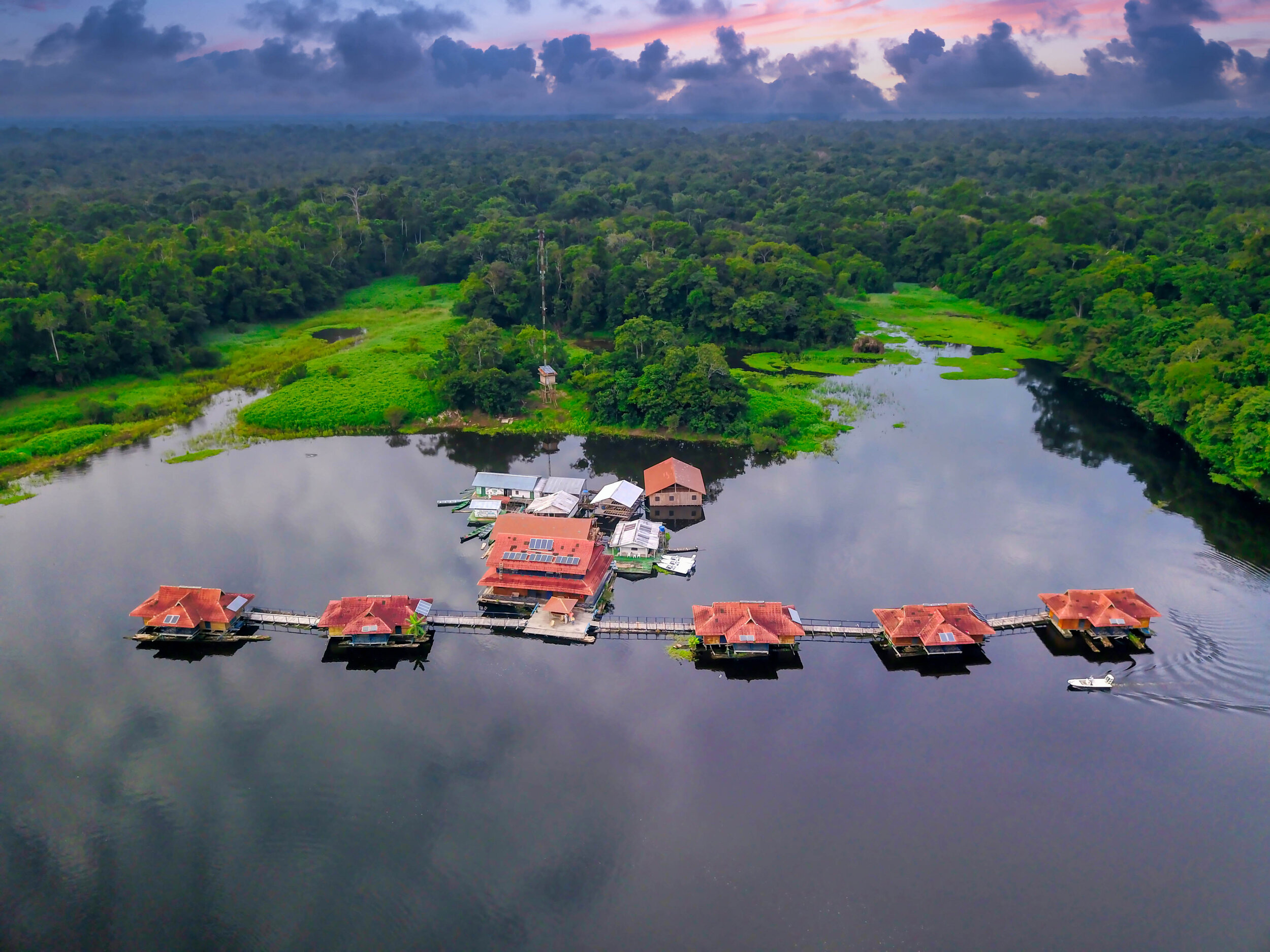